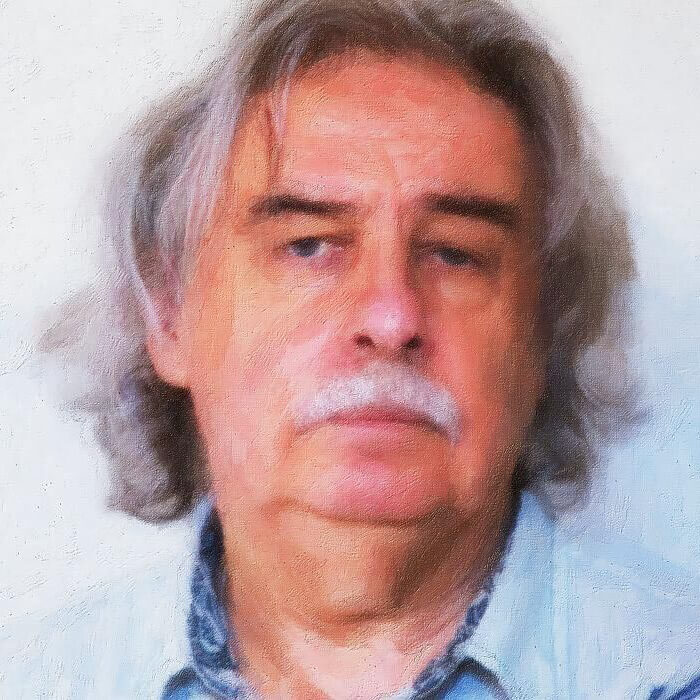 In love with theater from an early age, I have dedicated my life to theater. I studied individually „theatrical lighting” (then an unknown field of study in Poland) simultaneously working in Syrena Theatre and later in Polski Theater. I worked at the Polski Theatr for 10 years. Later I worked at the Narodowy Theater.

During martial law, when the theater became completely politicized, I decided that I could do more for the theater without being in it. I led to the creation of OTO (www.oto.teatr-tv), a company that designs and equips theaters and performance venues. During our nearly 30 years of business we have completed many projects. One of our projects for a theater hall in Wieliczka Salt Mine, along with 4 other projects for unconventional Polish theaters, received silver medal at the world exhibition of stage design and theater architecture Prague Quadriennalle. I prepared light setting for 6 other Polish exhibitions of Stage Design and Theatrical Architecture Quadriennalle in Prague.

Together with the OTO team, I prepared and executed the technical setting (lighting, sound system) of the Polish Pavilion at Expo 2000 in Hanover and handled all the events which took place there every day for 6 months. During the realization of Expo 2000 I cooperated with excellent scenographers: Andrzej Kreütz-Majewski and Boris Kudliczka, authors of the Polish Pavilion project.

Photography has always accompanied me, in some period I directed it towards theater photography. It allowed me to combine my two biggest passions: theater and photography.

I realize various photographic projects on the subject of theater. I would like to bring theater lovers closer to the backstage of a theater, actor’s work on a role, process of creating performances, disappearing theater crafts, theater artists at work …
In the meantime, I completed postgraduate studies at the Humanities University SWPS – Laboratory of New Theatrical Practices (modules: Dramaturgy, Innovative Artistic Practices, Producer/Curator, Theatre as a Project and New Technologies and Languages).

I attend press rehearsals before new premieres. Often my photography projects will be accompanied by conversations with creators, actors, dancers, and theater craftsmen.

I take photographs during performances, during read-throughs, situation rehearsals and dress rehearsals.

I am passionate about working to document the entire creative process from the first read-through rehearsal to the premiere.

In February 2015, I completed a multi-stage photography project in which I documented with my camera the entire creative process of the Machulski School of Acting’s graduation play „Cold Child”.  The play was written by Marius Von Mayenburg, a popular German playwright and dramatist of the young generation. The performance was directed by Krzysztof Ogłoza, a teacher at the School of Acting.

Between 13.03 – 17.05.2018 with a camera I assisted in Teatr Polski in Warsaw all rehearsals of the play „The King” based on the novel by Szczepan Twardoch, adapted by Paweł Demirski. The play was directed by Monika Strzępka.

For years, the condition of theaters has been weakening, and during the last year of the COVID-19 pandemic it got critically worse. That’s why I created and lead the TEATR (https://www.facebook.com/groups/919333224793302) group under the slogan SAVE THEATERS, which supports the activity of theaters and theater artists in their struggle for survival.

For years my website foto-oto.com (photo-oto.com) has been created by my long-time friend and internationally acclaimed artist (light director, stage designer, multimedia artist) – Krystof Kozlowski. I sincerely thank him for creating the latest version, which has just had its premiere.

This website uses cookies to improve your experience while you navigate through the website. Out of these, the cookies that are categorized as necessary are stored on your browser as they are essential for the working of basic functionalities of the website. We also use third-party cookies that help us analyze and understand how you use this website. These cookies will be stored in your browser only with your consent. You also have the option to opt-out of these cookies. But opting out of some of these cookies may affect your browsing experience.
Necessary Always Enabled
Necessary cookies are absolutely essential for the website to function properly. This category only includes cookies that ensures basic functionalities and security features of the website. These cookies do not store any personal information.
Non-necessary
Any cookies that may not be particularly necessary for the website to function and is used specifically to collect user personal data via analytics, ads, other embedded contents are termed as non-necessary cookies. It is mandatory to procure user consent prior to running these cookies on your website.
SAVE & ACCEPT